A new virtual reality experience developed in collaboration with Ubisoft. Prepare to be transported to Rook Island, the setting for Far Cry® 3 and dive into an adventure that will reveal the true definition of madness.

Crystal clear water, bright and silky sand, good friends, great times ahead and not a care in the world. That’s how this trip was going to be before your group was captured and imprisoned by Vaas and his small army of henchmen.

Not quite the tropical holiday you were hoping for?

THE GAME TO WIN BACK YOUR LIFE

Even the charms of an idyllic island life of organised crime and kidnapping get Vaas and his crew bored really quickly. Hungry for entertainment, this innovative gang have added a twist to the sport of hunting and well… you see where this is going: they’re hunting you and your friends.

You need to do whatever it takes to get the f*#& off this island.

Earth is gone. The remnants of humanity travel the universe in search of new worlds… and new wealth. The aliens left behind Sol, a power source unlike any other. If you get the Sol, you’ve got it made. Assemble your squad. Blistering, team based combat awaits! 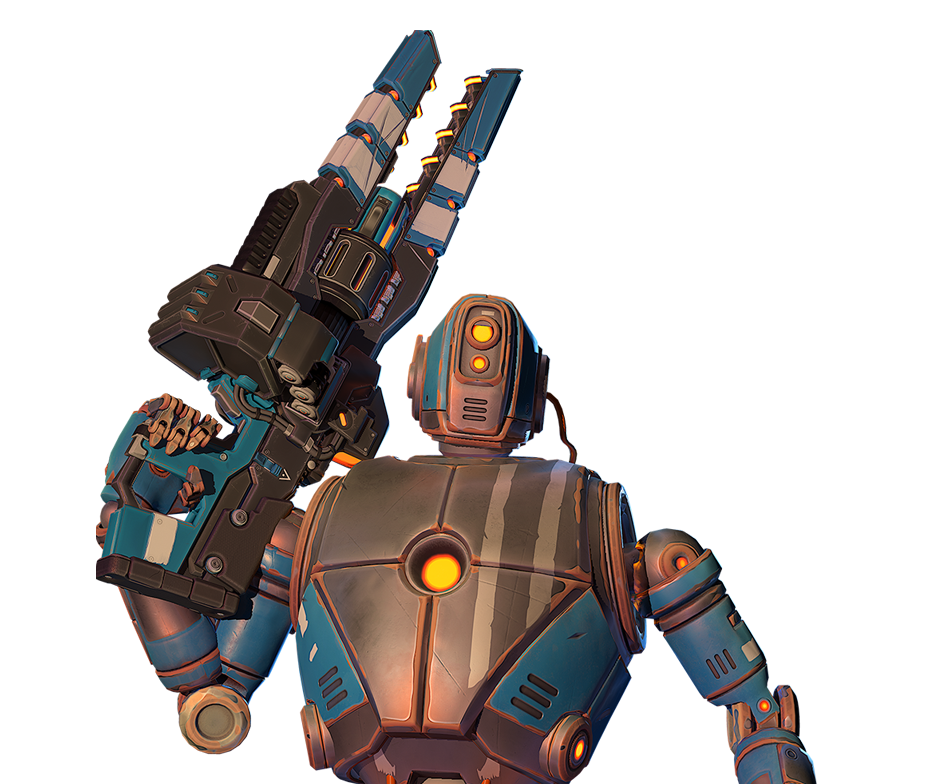 THE SEARCH FOR SOL

Form your crew, pilot your combat rig and battle across 3 diverse and futuristic maps, complete with unique objectives and heart-pounding engagements. The winners make the score. The losers are just scrap metal. Get ready to raid!

Sol Raiders is Zero Latency’s most ambitious title yet where players will compete against each other in head-to-head action across an original sci-fi universe.

Combat rigs are controlled remotely, so replacement rigs can quickly be sent through the Rift when they are destroyed. Rigs are expensive though. Your handler will might get annoyed if you break too many!

A multilevel next gen zombie shooter with advanced storytelling, ultra-realistic zombies (based on motion capture of live actors), and an epic final boss battle. It’s the most advanced free-roam, multiplayer VR zombie game ever made! 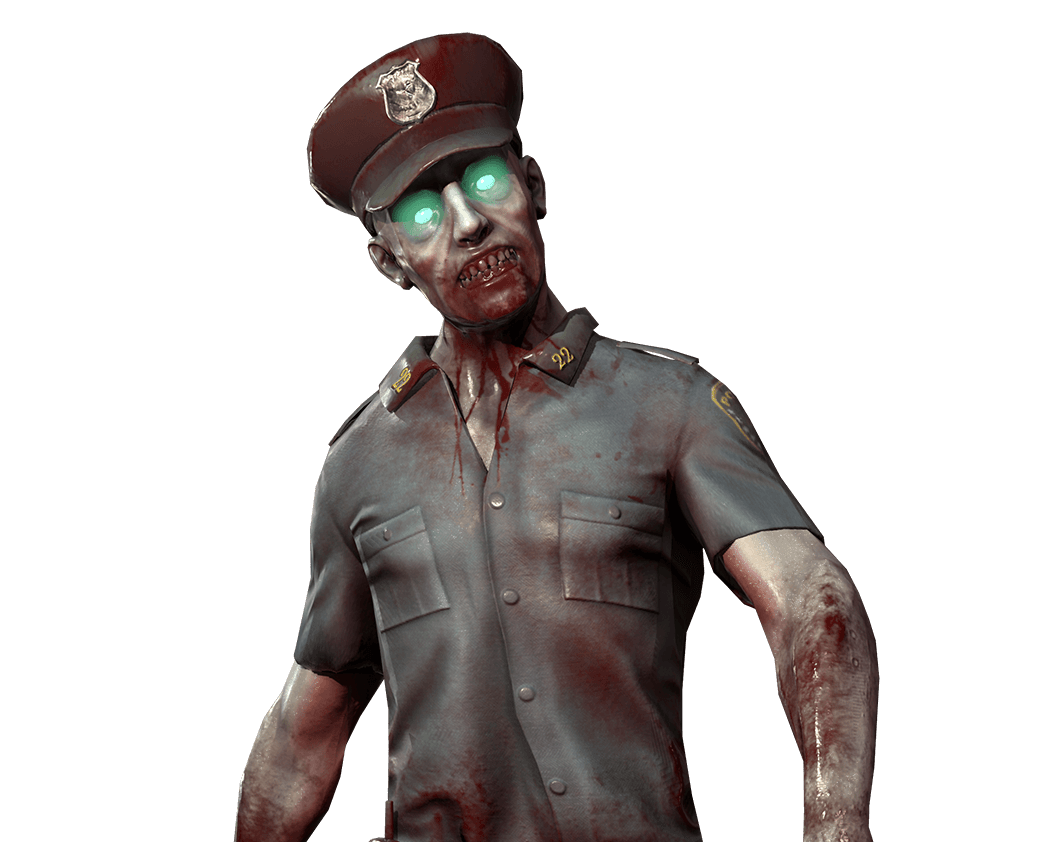 A SHADOW GROUP IS ON THE RISE

Attack helicopters buzz overhead, guns ablaze. Amongst all the chaos is a shadow group that seems to be at the root of the outbreak. Who are they?

Arm yourself with assault rifles, shotguns, sniper rifles and take advantage of more powerful weapons on your mission to find a cure.

“ZERO LATENCY IS THE BEST, MOST CAPTIVATING, IMMERSIVE AND PRESENT VIRTUAL REALITY EXPERIENCE THAT I HAVE EVER TRIED.”

Best new game award winner! A secret military space station has gone dark and it falls on you and your team to investigate why. No signs of life remain…well, human life anyway. Your journey to space begins, but will the answers you find lead to your end? 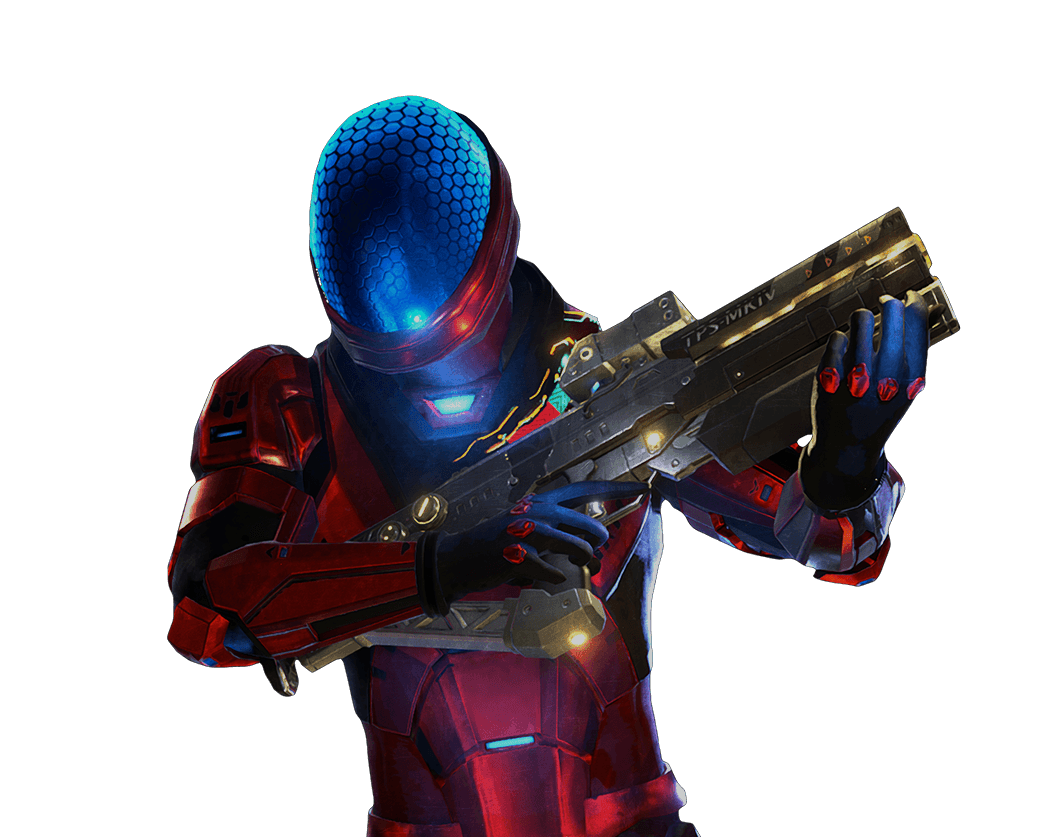 NO ONE CAN HEAR YOU SCREAM

Wreak havoc on your robotic enemies with four weapon modes (scatter, beam, pulse rifle, or rail gun), all powerful enough to obliterate anything in your path. You’ll also be equipped with a deployable force shield that’ll keep you protected under heavy fire.

Remember to work together with your team and find the answers you’re looking for.

“THIS IS WHAT THE FUTURE OF GAMING LOOKS LIKE.”

Caught in the middle of a zombie outbreak, you and your team are trapped in a fort, surrounded by chaos, carnage and undead corpses craving human flesh. 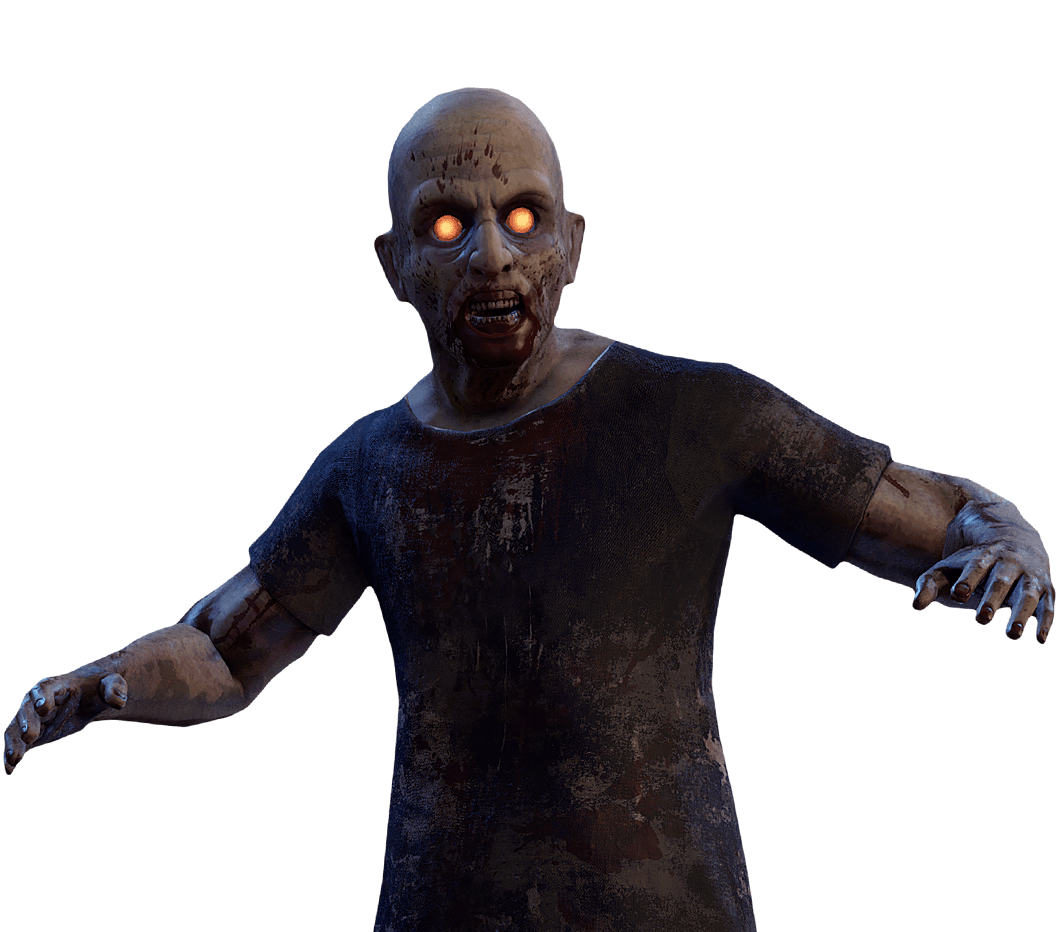 Zombie Survival is an intense and immersive VR experience for those wanting to test their zombie apocalypse survival skills. You’ll need to work with your team to fend of swarms of ruthless zombies, rebuild defensive barriers and hope you can survive long enough for help to arrive.

On your mission, you’ll be equipped with an array of destructive weapons including an Assault Rifle, a Pump-Action Shotgun and a Sniper Rifle. If things get real desperate, you’ll have a Heavy Assault Rifle and a fully automatic Mini Gun towards the end ready to blow some serious brains out.

“WHEN THE FIRST UNDEAD CREATURE COMES AT YOU, THEY FEEL SHOCKINGLY CLOSE – IF YOU’VE EVER WANTED TO HEAR GROWN MEN SQUEAL, THIS IS YOUR CHANCE.”

Best new game award winner! Get ready to have your world turned upside down. Literally. Engineerium is a walking adventure that’ll leave you questioning your own reality. 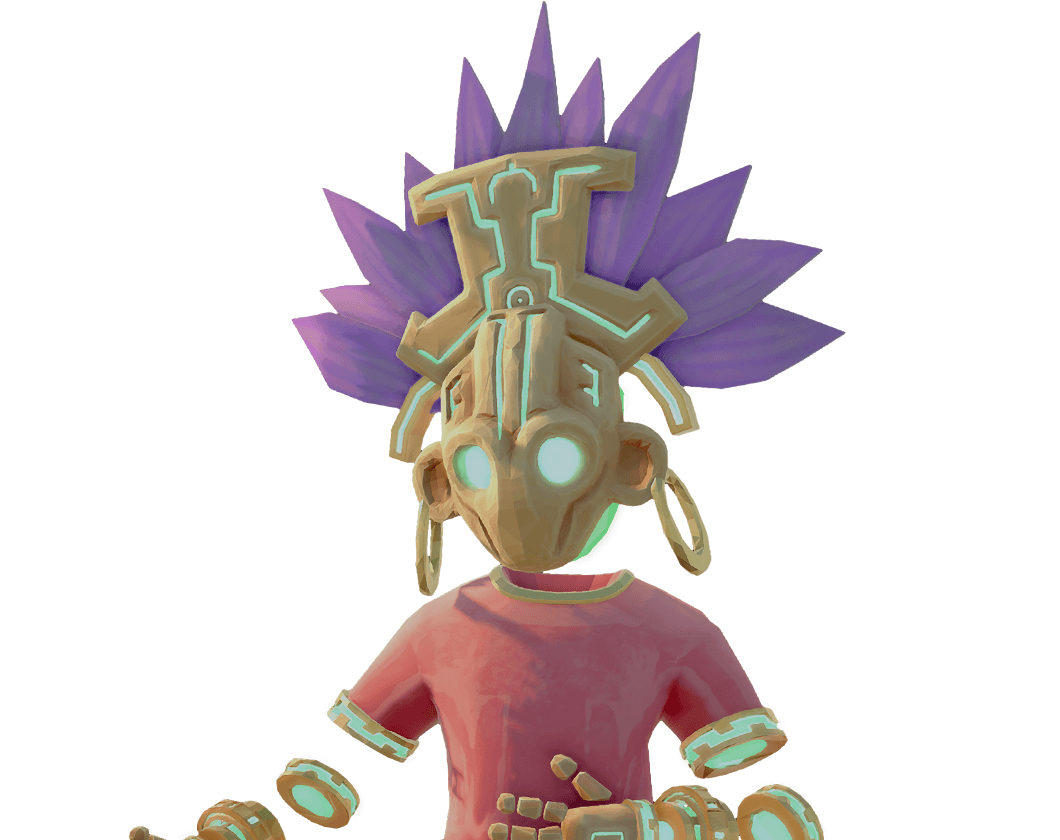 Escape into a fantastical ancient alien world, suspended above an ocean, where gravity does not function as expected. In fact, nothing is as expected in this world designed to test your ability to coordinate your mind and body.

Walk among flying whales and parrot rays and connect the platforms to progress through the game. Colourful characters and bright, friendly music accompany you on the journey. Teamwork is key in this unique virtual reality game that lets you walk up and down ramps and twisty, curvy walls, defying gravity.

“THIS SURREAL MULTIPLE PLAYER EXPERIENCE IS THE WORLD’S MOST ADVANCED, FREE-ROAMING VIRTUAL REALITY.”

The successor to Zombie Survival, one of the most popular VR experiences of all time, Undead Arena is a brand new arcade-style cooperative experience that takes zombie-slaying with friends to new heights. Now’s your chance to find out if you’ll survive the apocalypse! 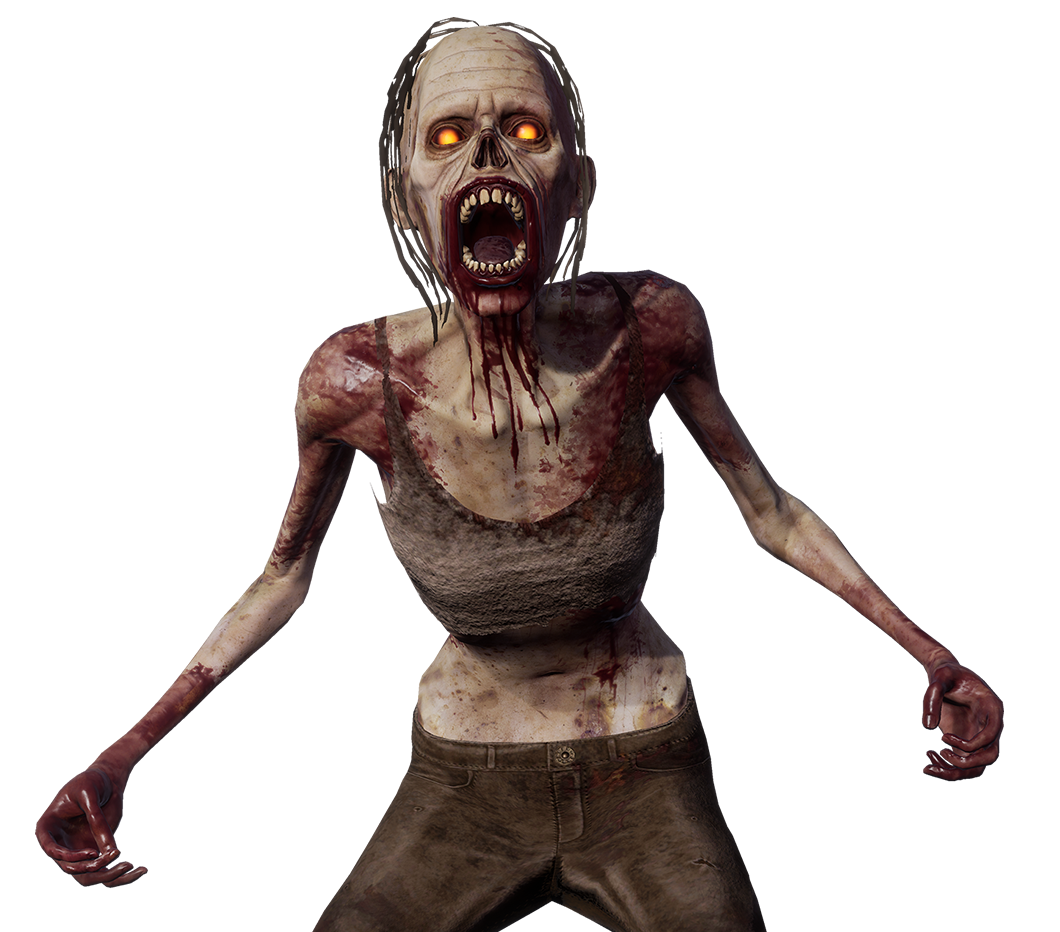 SO. YOU WANNA BE A CHAMPION?

You and your friends are the stars of a post-apocalyptic game show in an ‘80s-retro world. Fight your way up a multi-level arena for the enjoyment of a crowd hungry for mayhem, and the amusement of one wildly enthusiastic game show host. Win, and become legends. Lose, and join the horde. Get ready for Undead Arena!

A LOOK EVERYONE, I’M ON TV!

The apocalypse has been, and gone, although things haven’t come back to normal at all. Survivors band together, we all live in fortified cities, and zombies are everywhere. There’s that reality TV show everybody watches where you can get rich and become a star or die a horrible death and become an actual zombie. All televised, live, for the world to see.

“ZERO LATENCY IS THE BEST, MOST CAPTIVATING, IMMERSIVE AND PRESENT VIRTUAL REALITY EXPERIENCE THAT I HAVE EVER TRIED.”

CAN YOU FIND THE CURE BEFORE IT’S TOO LATE?